What is the difference between

Bootstrap has been very popular since its date of creation (August 2011) because of its distinctive features and benefits. It has a loyal audience who has been using it since the very first release of all times. It has been the highly simplified syntax that can be understood by anyone who has a basic knowledge of HTML and CSS.

The most recent release was in the year of 2016, July with Bootstrap version of 3.3.7, however, its only preview was released as a beta version of beta 4.0 in August 2017. Publishing of new version shows that Bootstrap has been putting a lot of effort into developing its product and delivering the best outcomes. The best thing about Bootstrap is that it has not eliminated its older product (Bootstrap 3) from the market, however, there are more intense developments for Bootstrap 4.

Many people have the most repetitive questions, for example, which version is better and what are the differences between them. Most of the stakeholders are interested in how to employ these versions and which one to learn. Therefore, in this article, we decided to share with the most important differences between these two versions.

What really has changed?

The navigation component of Bootstrap 4 has been extremely simplified. It only requires creating a fresh list of elements with the help of nav base class. Moreover, there are some new extensions like nav-item class, navigation bar with various styles, nav-link class and etc.

Even though the appearance of Bootstrap has not changed that much still there are significant changes in the font size, background color, and primary context color. Additionally, it has become more lightweight since it has stopped cooperation with Glyphicons. However, this change now requires the manual integration with some new alternative. Furthermore, Bootstrap 4 has been using the enhanced version of Normalize.css so-called Reboot, to give all the HTML elements the consistent appearance.

Compared to Bootstrap 3, the new version puts much more emphasis on customization, for instance, it has a new grid system which made possible to enjoy the presence of up to five grid tiers. Therefore, users can easily say that Bootstrap 4 grants an access to an upgraded grid system.

The major change that has to be underlined is the appearance of Flexbox: the layout model that creates the complex layouts very easily. Flexbox can be employed to scale various elements and operate sophisticated alignment capabilities, not only horizontal but also vertical. Moreover, Bootstrap 4 also provides an upgrade form of control. It makes possible to deal with shifting input controls and their presence on various browsers. The newer version of form control provides custom forms as well, for example, radio inputs, and custom checkboxes.

In Bootstrap 3, the so-called pagination component was built through the pagination class to any existing UL element. However, the newer version requires from its users to indicate pagination and link the items via page-item and page-link classes.

As for plugins in Bootstrap 3, the extensions were categorized into file including style rules and JavaScript files. Even though there are no major changes in Bootstrap 4 regarding that matter, there are new rules which are created through SASS. The plugins are available via global jQuery object since the javascript files compromise the jQuery part.

The best thing about Bootstrap 4 is that it is compatible with various browsers like Google Chrome, Internet Explorer, Mozilla Firefox, Opera, Safari and etc.

From our point of view, the newer version of Bootstrap (Bootstrap 4) has better features and can deliver more benefits. One of the biggest achievements of Bootstrap 4 is that it has moved to flexbox. The latter change has to be underlined since it has brought many other benefits like new XLI grid tier, navbar customization options, new spacing utilities, responsive sizing, auto margins, vertical centering, responsive floats and etc.

If you are interested in how the Bootstrap actually works, feel free to visit our rich collection of Bootstrap templates, that can be found here: https://gridgum.com/themes/category/bootstrap-themes/

Some of the provided templates are offered for free of charge which gives you a chance to try the new product without incurring any costs. If you still have not tried the Bootstrap template, then this is your chance and do not miss it! 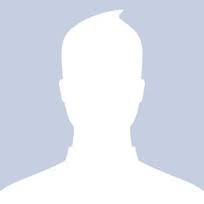 I found these themes https://designmodo.com/bootstrap-templates/, can be integrated with one of your theme? Thanks.


Featured articles
Subscribe to our newsletters! Be the first who receive all our news, ideas and offers!

Become an Affiliate Become an Author
Payments by :